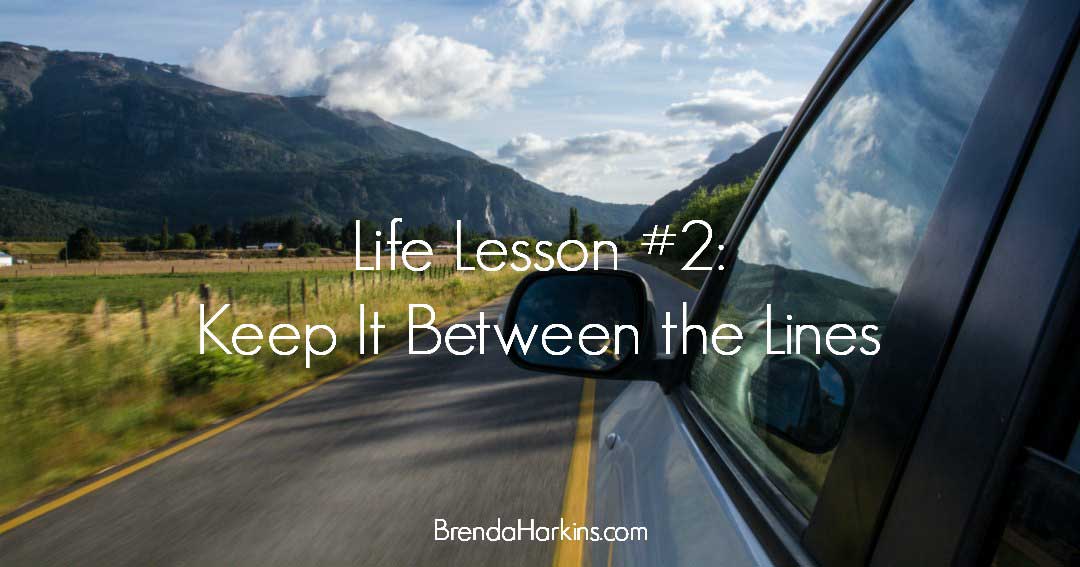 Ricky Van Shelton released a country song back in 1991 called “Keep It Between the Lines.” It was released less than a year before my daddy passed away, but I don’t remember listening to it much before he died. After he was gone, it became my anthem.

Out on those country roads, driving for the first time, my daddy taught me to line up my vision from the driver’s seat to where the hood ornament in the center of that big sedan aligned with the right side of the road. He assured me that would keep me from going off into the ditch on the right side, as well as not venturing into potential oncoming cars to my left. I would stay right in the center of my lane. Funny how easy that was. Keeping my vision aligned rightly removed my anxiety and gave me the confidence I needed to drive that big old car.

Keeping my vision aligned rightly removed my #anxiety and gave me the #confidence I needed. Click To Tweet

As I grew up, I subconsciously made my own boundary lines. Not for the road, but for life. They were complete with a ditch on the right and collisions on the left, making for a lot of fear and performance driven behavior. After all, just a glance to my right or left could mean destruction, not only for me but for anyone else in my “car”. That’s a heavy load to carry, and unfortunately the weight of that self-imposed load brought fear that ruled me for way too long. It influenced my marriage, my parenting, and my friendships. It influenced my thinking, my planning, and my choices, too. Fear cripples. It is the worst of enemies.

Years later, as my faith deepened, I began to understand more about the Father heart of God and how He is so good. I can trust Him. He wants me to succeed. He created me to do so! He helps me set boundary lines that bring freedom instead of fear. Boundaries that work for me, not against me. Boundary lines that are faith based, not fear based.

Life is hard when keeping it between the lines requires perfect performance. But what a fulfilling journey it is when keeping it between the lines is based on faith and freedom instead. I don’t have to fear the ditches, but can focus on the road. Keeping my vision aligned rightly removes my anxiety, and gives me the courage and confidence to embrace every turn, every mountain and every valley with joyful expectancy. So keep your hands on the wheel. Believe in the things that are real. Just take your time. And keep it between the right lines.

When keeping it between the lines is based on #faith and #freedom, #life is fulfilling. Click To Tweet

He was sitting beside me
In the passenger seat
As I looked through the windshield
At the quiet little street
He was smiling so proud
As he gave me the key
But inside, I knew
He was as nervous as me
I said, “Daddy, oh daddy
Are you sure I know how
Are you sure that I’m ready
To drive this car now”
He said, “I’m right here beside you
And you’re gonna do fine
All you gotta do
Is keep it between the lines
‘Cause it’s a long, narrow road
Only the good Lord knows
Where it leads in the end
But you got to begin
So keep your hands on the wheel
Believe in the things that are real
Just take your time
And keep it between the lines
– Ricky Van Shelton

Brenda Harkins mines the gold in people to help them clearly see their talent, identify their purpose and unleash potential to navigate their unique success. Brenda is a Life and Leadership Coach in her own organization, as well as with The John Maxwell Team and CoreClarity. She is a Public Speaker, Author, Mediator, Entrepreneur, and President of The Harkins Group, Inc. You can connect with Brenda at brenda@brendaharkins.com or find out more at https://brendaharkins.com. 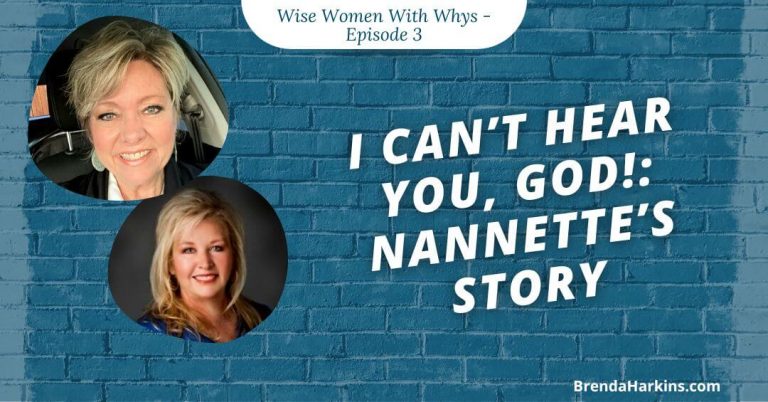 What if your challenges are preparing you to walk an uncharted road leading to greater fulfillment! Be encouraged and raise your trust level as you hear Nannette’s story! 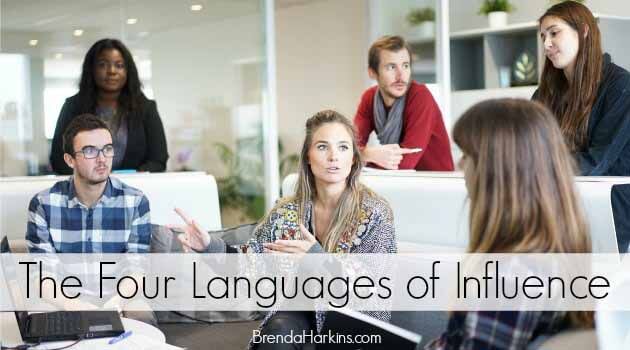 What language do you speak if you truly want to influence others? There are four basic languages of influence. And even within each language there are different dialects. It takes time, attention and intention to learn the languages of others. 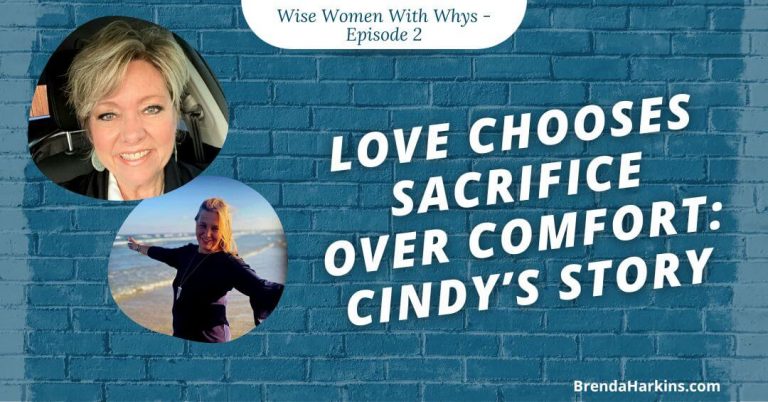 No blame. No shame. Just an honest account of the personal effects abortion had on this woman. A story of healing, forgiveness and actionable love. 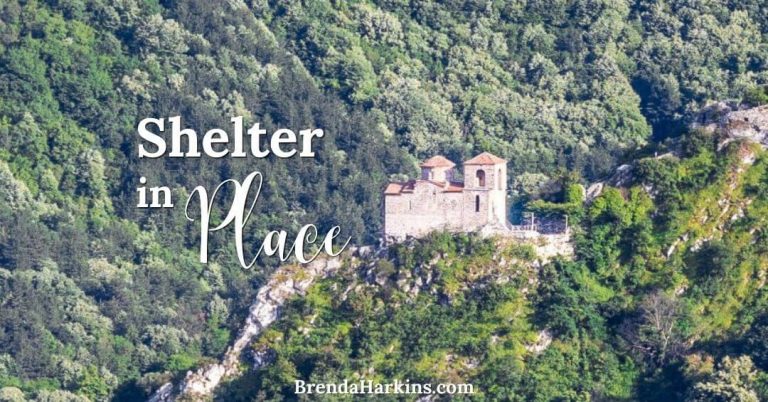 When the uncertainty of this world grips you, when fear and anxiety rise, there is a shelter that is strong and secure and welcomes you. 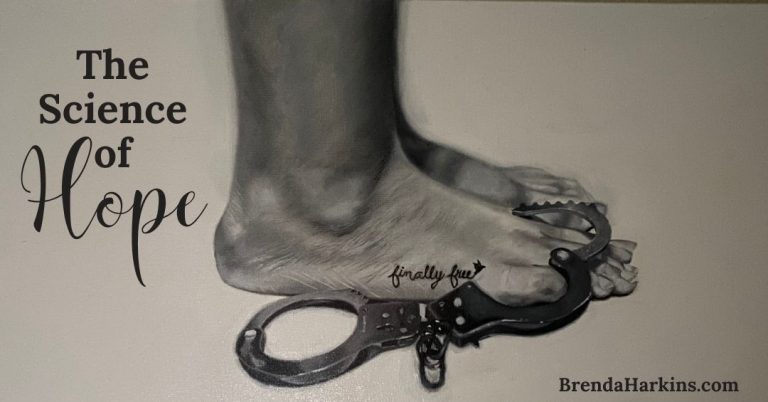 We often think of hope as a gift that supernaturally falls into our heart and lifts us up above our problems. But, there’s a science behind hope that has three simple components. 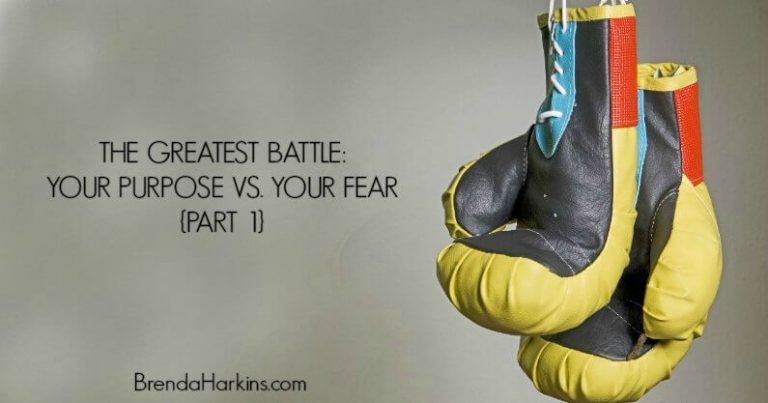 You cannot live your purpose and nurture your fears at the same time. Think of any good story. What makes it good? Conflict, right? There is a protagonist, who is often known as the hero, and an antagonist, the hero’s opponent or rival. Now think of your purpose as being the protagonist and fear being its rival. Both are powerful, but whichever you yield to will win. You cannot entertain them both.